To what extent is Psychoanalysis a science?

The subject of this article is to investigate a fundamental question that occupied Lacan’s thought throughout his life, in the course of structuring and developing his psychoanalytic theory; whether psychoanalysis is a science or not and, if not, why. Furthermore, if psychoanalysis is not a science how could it then be defined?

In order to answer this question, we shall follow a somewhat antithetic trajectory. First of all, we shall attempt to understand what is science according to the prevailing perceptions, in other words, what is the contemporary definition of science; what are the main attributes that characterise an activity, or theoretical framework as “science” and “scientific work”. Having clarified what science is considered to be, we shall examine psychoanalysis and its theory. We shall present what Lacan and his successors wrote about psychoanalysis and its relationship with science and, ultimately, we’ll try to clarify how is psychoanalysis classified amongst other disciplines and what is its identity.

According to the Oxford Dictionary of English (2010), science is

“the intellectual and practical activity encompassing the systematic study of the structure and behaviour of the physical and natural world through observation and experiment.”

Moreover, if one looks up the definition provided on the website of the Science Council (2017), the British organisation for professional bodies and learned societies across the disciplines of science,

“science is the pursuit and application of knowledge and understanding of the natural and social world following a systematic methodology based on evidence”.

From these definitions, we can deduce that science involves intellectual activity and, potentially, the conduction of experiments and/or observation. It follows a well-defined methodology, in order to obtain an understanding and reach specific conclusions with regard to the phenomena that are being observed. Moreover, the scientific theory is closely connected to research. In science, research is used either to generate theory or to test one (Fawcett, 1986). Within this context, research is an intrinsic part of science. As such, it follows clearly determined rules and a set of defined design criteria that dictate which approach should be taken in order to answer a scientific problem or question. This approach may have a qualitative, a quantitative, or a mixed methods character (Creswell, 2009). In other words, science uses a set of rules which determine what is the nature of the problem, what data are to be collected, what research strategy to be utilised and which are the specific methods to follow in order to obtain credible, if not indisputable, results.

Keeping these basic notions in mind and trying to avoid oversimplifications, we shall now see how psychoanalytical theory is structured and what is its relation with these attributes. 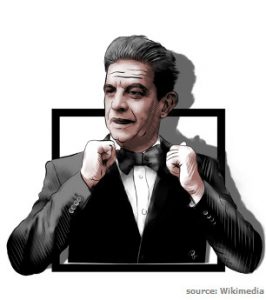 At the beginning of his teaching, Lacan attempted to attribute a scientific status to psychoanalysis. As Miller said, for Lacan “science exists where there is a law” (Miller, 2013). In order to provide this scientific dimension to his work, Lacan established specific laws. Moreover, he enriched his teaching with graphs and mathemes and developed many basic notions using mathematics, quite extensively.

Miller (2013), attempted to classify the various laws that Lacan used. As he puts it “Lacan rendered these laws explicit in his legalistic passion.” Firstly, there are the linguistic laws; for Lacan, psychic phenomena are language events (Guégen, 2010). Secondly, there is the dialectical law of recognition; within this, subjects assume their being through the mediation of another subject (Miller, 2013). These first two laws have a clear influence from Jakobson and Hegel, respectively. Thirdly, Lacan developed mathematical laws that provided a model for a number of his theories. Fourthly, being influenced by Levi-Strauss, Lacan developed sociological laws that refer to alliance and kinship. Finally, he used the Freudian law, derived from the oedipal complex, which opened the way to the construction of the paternal metaphor, or in other words “The Name-of-the-Father”. It is worth mentioning that the latter was a law of utmost importance, as it harmonised and stabilised the jouissance of the speaking being.

In the years to follow, however, Lacan gradually changed his view and started to deconstruct the scientific, law-based, framework he had built so far. As a result, Lacan stressed the issue of subjectivity and introduced the notion of contingency in the clinical field. By the term contingency, he meant that the subject may encounter crucial events in his/her life by chance. Lacanian practice was transferred from the sphere of law to that of “without law” (Miller, 2013). This was a fundamental breakthrough in Lacan’s thought, which opposed the “scientific” notion of standardising the clinical symptoms, which he had previously utilised, in order to cover them with a scientific veil.

Psychoanalytic practice is oriented by the real

Psychoanalytic practice is oriented by the real, which is not bound by laws and rules, as it is by structure in disorder (Miller, 2012). In Lacan’s words: “the practice of psychoanalysis deals with something real; a real that is different from the real that science deals with” (Bassols, 2014). One may then question, what is the Real that psychoanalysis deals with. As Aléman (2006) states, the real may erupt at any instant as a figure of trauma, anxiety or the uncanny.

Humans encounter the real in surprising and contingent circumstances as they are inevitably exposed to traumatic experiences in life. The encounter with the real may occur in numerous disruptive experiences, such as a natural disaster, a bomb explosion, a divorce, an accident, the issue of paternity, etc. Clinical experience reveals that there are moments in a person’s life where the symbolic and imaginary defences are somehow defeated by the unchained real. Therefore, neither the encounter with the real can be forecasted nor its effect in people’s psyche is calculable, as each person responds to it via their singular symptom, as Miller commented (1998). This very nature of the real is, in itself, a deviation from the definition of science, whose principal approach is “to reach a conclusion following a systematic methodology based on evidence.”

The singularity of every human and their individual suffering, lies at the heart of the analytic practice. From this perspective, the objective of psychoanalysis is to deal with the subject; psychoanalysis is considered as the science of subjectivity. Since every symptom is unique, it demands a sur-mesure, a bespoke interpretation. For example, a successful interpretation in the case of a hysterical woman may not be applicable in a different case of hysteria. The diagnosis in the analytic field is not a phenomenological one but a structural one. In other words, the aim of psychoanalytic diagnosis is not to name the illness and stigmatise the patient, but to reveal the subjective logic hidden in the symptom. Freud, always emphasized that each case ought to be studied in its particularity, exactly as if we were completely ignorant of theory (Lacan, 2007).

This is directly opposed to replication, the gold standard of science for many years, as Bassols (2014) states. In science, up to recently, the ability of another lab to reproduce a finding was a reassurance that one has discovered something true (Basssols, 2014). In psychoanalysis, there is no space for reproducibility as the analytic effect is different to every person. Elaborating, Bassols (2014) explains that one cannot reproduce a dream and the effect of its interpretation under the same conditions, as it happens with scientific experiments. The analytic interpretation does not have universal applicability, in contrast with a scientific finding. Therefore, the rhetorical question is: if the suffering and its treatment is each time unique, how could it be measured and quantified so as to produce a law? The answer is, it cannot. Psychic pain, the symptom and its jouissance are marked by uniqueness and uniqueness is immeasurable.

As mentioned above, Lacan in his early years tried to give scientific properties to psychoanalysis by defining a set of laws. However, as his theory evolved, he refuted these laws as the element of contingency entered the clinic. Psychoanalysis and its practice, unlike science, is not reproducible, does not use experiments or a specific research methodology; in other words it does not use the same vocabulary as science, but it is intrinsically connected with the individuality of the patients and their symptoms.

Whether psychoanalysis has left the waiting room in the first quarter of the 21st century remains to be investigated. Although beyond the scope of the present article, in the future it would be worth exploring what the impact of this transition of psychoanalysis would be to other sciences; what the future of science would be if the driving force would not be the universal applicability but the subjective experience, precisely as psychoanalysis advocates.